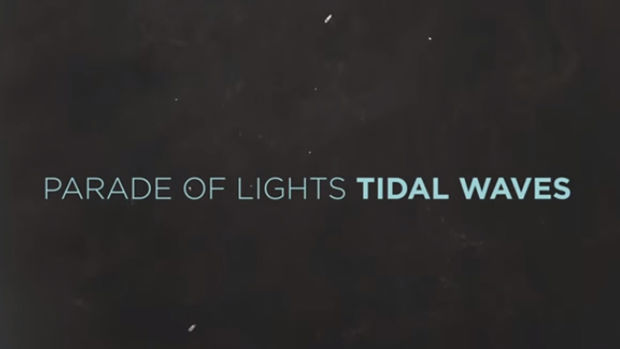 “Tidal Waves” is the newest tease from Parade of Lights’ forthcoming sophomore album. Last year, they shared two new tracks, “Touch” and “Victorious,” which were met with praise from fans and critics alike. Baeble wrote, “’Touch’ is charismatic in its hook-packed chorus and instrumentals that make you want to dance.” Earmilk called it “an ‘80s tinged, synth and hook-laden tune that evokes visions of palm tree lined streets and Instagram-worthy sunsets.” Idolator agreed, claiming “if you like Bleachers and WALK THE MOON, this is the song for you,” while also describing “Victorious” as “synth-drenched pop/rock with a giant hands-in-the-air chorus.”

Painting an artful pastiche of pop, alternative, shoegaze, and electronic, Parade of Lights have quietly become a phenomenon since the 2015 release of Feeling Electric. The title track featured in EA Sports’ FIFA 16 and racked up 4.8 million Spotify streams, while “Golden” cracked 8 million Spotify streams and played during high-profile spots for the Super Bowl®, NBC Winter Olympics, the Academy Awards®, and the GRAMMY® Awards. Meanwhile, they continue to make fans move on tour, having sold out numerous headline dates between sharing stages with Imagine Dragons, X Ambassadors, AWOLNATION, Fitz & The Tantrums, and more. Moreover, the band’s vision remains solely their own: not only do they write and produce their songs, but they also produce lyric videos and social content and even handle graphic design for online and merchandising.