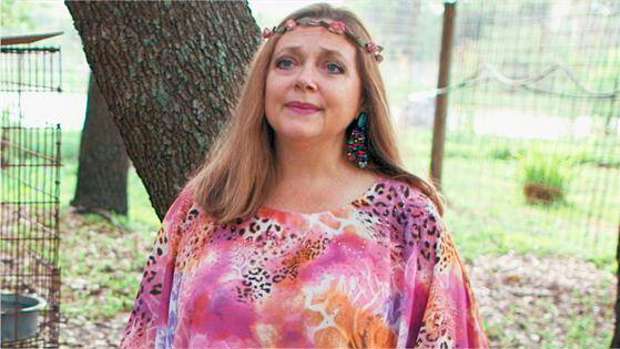 Carole Baskin has been tricked into giving an interview to two YouTubers posing as producers of 'The Tonight Show Starring Jimmy Fallon'.

The 58-year-old activist - who stars in the Netflix documentary 'Tiger King: Murder, Mayhem and Madness' - granted an interview to Josh Pieters and Archie Manners via Zoom, believing them to be booking interviews for the popular talk show.

In order to make the scenario seem legitimate, the YouTubers included audio clips from 'The Tonight Show' to make it sound as if Jimmy Fallon was conducting the interview.

The duo explained to Baskin that she wouldn't be able to see the TV star during their interview, and they even pretended to talk to off-camera crew as she spoke.

The activist used her screen time to discuss how she's caring for big cats during the coronavirus lockdown, and she also urged the public to support the Big Cat Public Safety Act, which revises the requirements governing the trade of animals.

Baskin has kept a low profile since 'Tiger King' premiered on Netflix.

Meanwhile, her on-screen rival, Joe Exotic, recently insisted he doesn't have any interest in reigniting his feud with the animal rights activist.

The zookeeper - who is currently serving 22 years in jail for a murder-for-hire plot and animal abuse - said: "I'm done with the Carole Baskin saga.

"It's now time to turn the tables and Joe get out of jail a free man and exonerated from all of these charges."

In the documentary - which is one of Netflix's most successful releases to date - Baskin accuses the zookeeper of abusing and exploiting wild animals.

Since the series aired, she's also accused the makers of the documentary of wrongly suggesting she was involved in the disappearance of her husband Don Lewis in 1997.