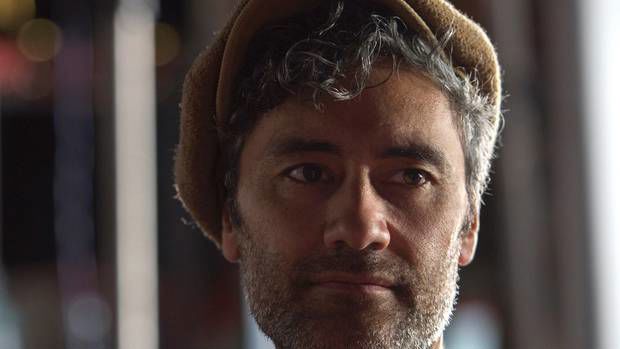 The first is based on the characters and setting of the book, while the second will put the Oompa-Loompas - the comical and interestingly coloured creatures who did the grunt work for eccentric factory boss Willy Wonka - front and centre.

They are being made by Netflix.

The streaming giant said the shows would retain the spirit and tone of Roald Dahl's original story while extending the world for the first time.

They mark the beginning of an extensive partnership with The Roald Dahl Story Company, which will reimagine many of the Briton's enduring stories, including Matilda, The BFG and The Twits.

"So finding just the right creative partner to bring Willy Wonka, Charlie and the Oompa-Loompas to life in animation was a daunting task ... until Taika walked into the room.

"Then, it was really obvious. If Dahl had created a character of a film-maker to adapt his work, I'm pretty sure he would have created Taika."

Roald Dahl Story Company spokesman Gideon Simeloff said: "In the words of Willy Wonka himself – we are 'Delighted! Charmed! Overjoyed!' with Taika's appointment on this project.

"There is something undeniably Wonka-esque about Taika's creative flair and inimitable sense of humour and we cannot think of anyone more perfectly suited to leading the creative charge on these first of their kind, feature quality Netflix shows."

There was no immediate comment from Waititi, or detail on when the series will be made and released.

Waititi won this year's Best Adapted Screenplay Oscar for Jojo Rabbit, which he directed, wrote, produced and starred in. The film was nominated for six Academy Awards, including Best Picture.

He previously directed blockbuster Thor: Ragnarok for Marvel and wrote and directed indie films, Hunt For The Wilderpeople, What We Do In The Shadows, Boy, and the Oscar-nominated short Two Cars, One Night.

His next release is Next Goal Wins, a comedy based on a 2014 doco about the efforts of the ridiculously unfancied American Samoa team to qualify for the football world cup.

He will next write and direct Thor: Love and Thunder.

In television, he directed the season one finale of The Mandalorian for Disney+, and served as executive producer, co-writer, and a director on last year's US TV adaptation of
What We Do In The Shadows. A second series is looming.

More than 300 million Roald Dahl books have been sold, with Charlie and the Chocolate Factory the best-selling. It's had multiple movie treatments, with Gene Wilder and Johnny Depp playing Willy Wonka.

The book tells the story of Charlie, one of five children to win golden tickets to a tour of Wonka's factory. The other children - greedy, selfish and truculent things - fare badly but things go well for Charlie in a strongly moral ending.