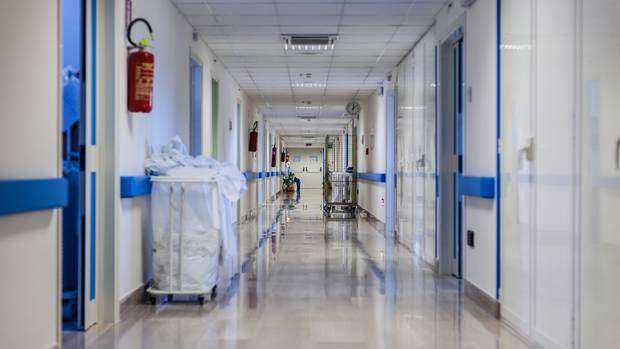 A rugby player required bowel surgery after being attacked with a pool cue while naked during a boozy night out in Balclutha.

South Otago rugby officials yesterday distanced themselves from the June 20 incident — allegedly involving people linked to two local clubs — saying it had "nothing to do with rugby".

The incident came to light after the Clutha Licensing Trust unexpectedly rolled back its closing times to 12.30am last week.

On Thursday, trust general manager Mike Curtis said the move from 3am closures was to "ensure the safety of customers and staff", following "recent actions by idiots [resulting] in serious personal injury and property damage".

One source, who did not wish to be named, said the Clutha Valley man was among several club members, socialising at the venue about 11pm, who stripped off in response to a "club song" being played in the bar.

He said the alleged perpetrator, who had been dining with friends, took exception to the public nudity before matters escalated.

The assault was carried out using a pool cue, leading to serious abdominal bleeding, hospitalisation and surgery for the Clutha Valley man, the source said.

The victim has since been released from hospital.

Clutha president Simon Cleverley said he and fellow club members were "disgusted" by the incident, which had "nothing to do with rugby".

"This is an unfortunate situation, apparently involving a former Clutha club member, which has led to a general feeling of disgust in the community.

"In no way does the club condone or associate itself with the alleged actions of this individual. This is nothing to do with rugby."

Clutha Valley president Mark Shore did not wish to comment in detail.

"We'll let the relevant authorities deal with this, but it's got nothing to do with rugby as far as I'm concerned."

Balclutha police said they were continuing to investigate the incident, and would not comment on the likelihood of charges being laid.

A spokesman said alcohol appeared to have been an aggravating factor in the incident.