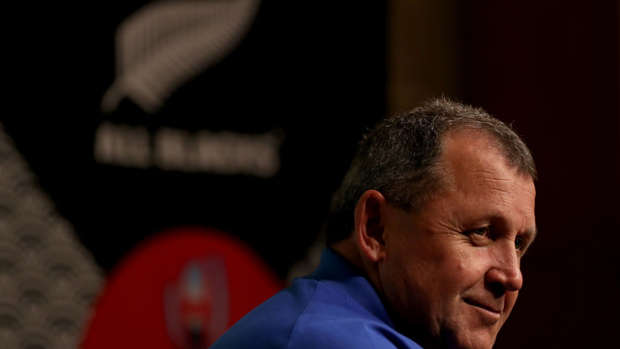 Ian Foster is the All Blacks' new head coach.

In making the announcement, NZR Chairman Brent Impey said Foster had come through as the preferred candidate following a lengthy and robust interview process.

Foster saw off a strong challenge from Crusaders head coach Scott Robertson and has been given a two-year deal.

"The NZR Board has today ratified Ian Foster as the new head coach of the All Blacks from 2020. He brings world-class international experience to the role, an incredibly strong coaching team, and we think he'll do an outstanding job." Impey said.

"The interview process was extensive and really difficult, which reflects the very strong applications from both candidates."

Impey said Foster would be joined by four other coaches, who will be announced in due course.

"While we can't confirm the full make-up of the coaching team today, we're delighted with the quality they bring − they have a wide range of coaching experiences and are a diverse group of thinkers."

Foster's victory is one for continuity, New Zealand Rugby's board and interviewing panel deciding to go with a man who has been involved with the All Blacks since 2012 rather than the fresh outlook Robertson would provide.

The assumption will be that Foster re-signs after two years to take the All Blacks to the next World Cup in France in 2023.