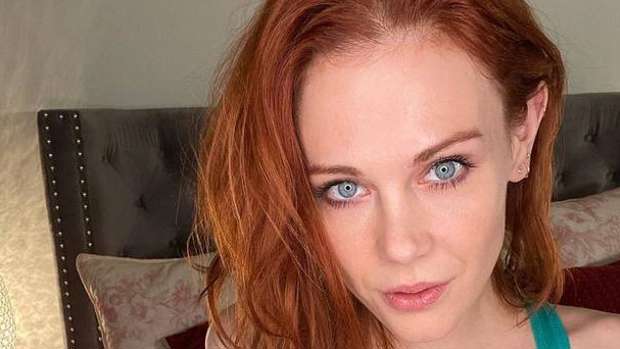 Maitland Ward, who rose to fame on the Disney Channel's Boy Meets World, said she makes more money in the adult entertainment industry — revealing she has earned a whopping US$62,000 ($94,000) on one platform during her best month in 2018.

"If you talked to my younger, more virginal soap-opera self, I never would have seen this coming out of me."

The actress said she stumbled by the opportunity by accident while in her 30s.

"I had a publicist who was like, 'Stop putting up sexy pictures. They will not hire you for anything if you do that. Once you get past 30, 35, they don't hire you for doing sexy stuff. You should be auditioning to play Disney mums'," she said.

"He thought he was giving me good advice but it just wasn't my thing. I was typecast. I was seen as a wholesome comedy star, and I was trying to fight against that. I didn't want to play a Disney mum."

Soon, she realised that her millions of Instagram followers wanted more X-rated content, so she began selling adult content through social media apps including Snapchat premium, OnlyFans and Patreon.

"For 2018, I was the No. 1 adult-content creator for Patreon," she says, "and it put the power back in my hands. Studios wouldn't give me that."

"I don't have a label either. I'm just this grown woman who loves sex. One thing I really like is to surprise people, to shock them and to get them stirred up. I'm going to keep doing that."

Aside from the money, she's glad to still have her Boy Meets World fans.