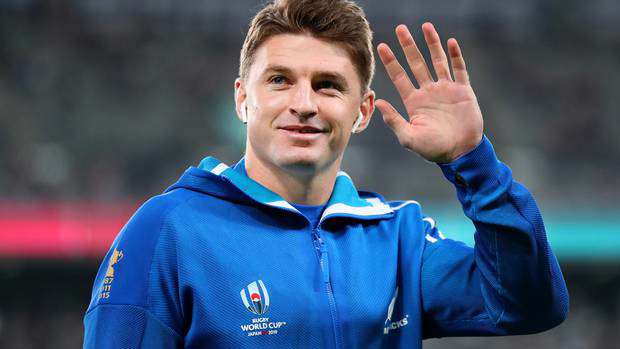 All Blacks and Blues superstar Beauden Barrett has signed a lucrative deal to play for Suntory Sungoliath in Japan.

The 29-year-old All Black has agreed a multi-million pound move to the Japanese club, as the exodus of Kiwi players to Japan continues.

But reports from the UK's Daily Mail that Barrett will miss two years of All Black rugby to take up the deal appears to be off the mark.

The Daily Mail report said the 29-year-old won't be available for the All Blacks in 2021 and 2022, however NZME understands the deal is just for one year, meaning Barrett will only miss the 2021 Super Rugby season and not any international rugby.

An announcement from the Blues is expected later today.

Barrett, the two-time World Player of the year, has been in fine form for the Blues in Super Rugby Aotearoa, helping the franchise to a 3-0 start in the new competition.

.@MailSport reporting that Beauden Barrett has agreed a two-year deal with Suntorjy

He will move to Japan in December.

The Daily Mail reported the two-year deal to be worth £780,000 (NZ$1.5m) per season, which would make Barrett one of the highest-paid players in the world.

In 2019, Barrett confirmed that he would stay with New Zealand Rugby (NZR) for a further four years, but part of Barrett's new contract with the Blues said that he also has an option to take a short playing break in Japan sometime over the next four years, with any break to be negotiated with NZR and the Blues.

Exclusive: Beauden Barrett has agreed a two-year move to Japan. He will join Suntory in December on a deal worth around NZ$1.5m per season. Most clubs have already completed their business - leaving little room for Manu Tuilagi. More on @MailSport

All Blacks locks Brodie Retallick and Sam Whitelock have both been playing in Japan this year, before their championship was halted by the coronavirus pandemic.

The Suntory Goliath are coached by Kiwi Milton Haig and have England coach Eddie Jones in a consultancy role as director of rugby.