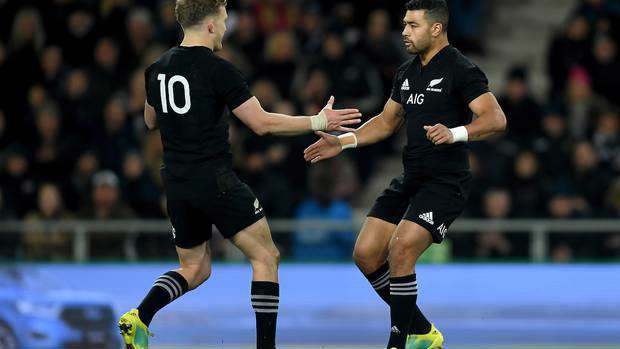 All Blacks and Chiefs utility back Damian McKenzie has admitted he's torn about the prospect of representing the North Island in the North v South game in August, saying his roots are with the south.

The North v South game has been confirmed for August 29 at Eden Park. John Plumtree and Scott McLeod will coach the North Island and Greg Feek and Brad Mooar will coach the South Island team, it was revealed on The Breakdown last night.

Last week All Blacks coach Ian Foster said players would be eligible for either the North or South Island side depending on which province they made their first-class debut for.

The eligibility ruling means the likes of Northland's Jack Goodhue and Taranaki's Scott and Jordie Barrett will instead play for the South Island, having made their provincial debuts for Canterbury, while Christchurch's Anton Lienert-Brown and Invercargill's Damian McKenzie will play for the North Island as they both first played for Waikato.

Appearing on The Breakdown last night, McKenzie was asked if he would want to play for the South Island.

"Absolutely. It's a great concept. Great for the fans and great for the players. I've always been keen to bring back the North v South game. Obviously growing up in Southland, that's where my roots are – and going to school in Christchurch.

"It would be nice to be eligible to play for the South Island squad but obviously [my] first provincial game was for Waikato so that's the rules and the eligibility. If I was to play for either team I'm happy but it looks like my hand will be up for the North Island team," he added.

Co-host of The Breakdown Sir John Kirwan said the rules should be changed.

According to Foster, the game would effectively double as an All Blacks trial match - with the All Blacks scheduled to play the Wallabies in a four-match Bledisloe Cup series, with the first test pencilled in for October 10 and likely to be staged in Wellington.

"We will let Super Rugby play out, let's enjoy that and then we'll get into a North-South game," Foster told The Breakdown last week.

"We might go a bit old-school and, after the North-South game, we have a media conference and announce the [All Blacks] team," Foster added.