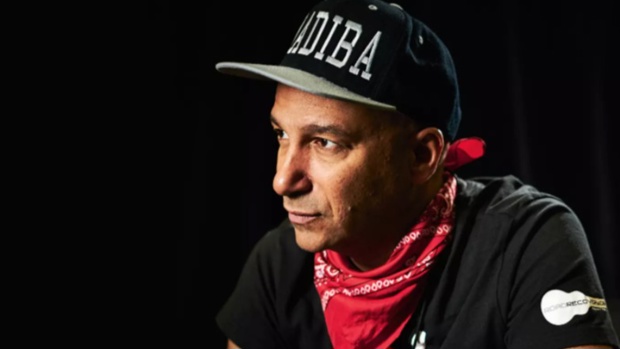 In a recent interview with Kerrang, Tom Morello is opening up about his friendship with Chris Cornell, and reflected on their days in Audioslave. The Rage Against The Machine guitarist then revealed that shortly after Audioslave had recorded their final album, Cornell had gone missing for several weeks. A text from Cornell eventually led to be the inspiration for his 2007 song, "The Garden of Gethsemane."

"Long before Chris passed, [there] was kind of a tumultuous time when he'd gone missing for a while," Morello said in the interview. "In the middle of the night after being missing for a month – or three months, or however long it was – he sent me a text that said, 'If you swallow a coin from the wishing well, your dreams will come true in heaven or hello.' I used that lyric as the centerpiece in this song for my friend who had one foot in the shadows."

Morello stated that "the garden of Gethsemane was where Jesus had his moment of doubt" while he was facing arrest and crucifixion.

While the guitarist has been remembering his earlier days in Audioslave, he has also been busy with his new bodies of work. Within the past few months, Morello has released not one, but two solo albums. The Atlas Underground Fire arrived in October, while its follow-up, The Atlas Underground Flood, arrived earlier this week. In the period between his back-to-back releases, Morello also stopped over at The Tonight Show Starring Jimmy Fallon for a performance of his song "Hold the Line" featuring grandson.