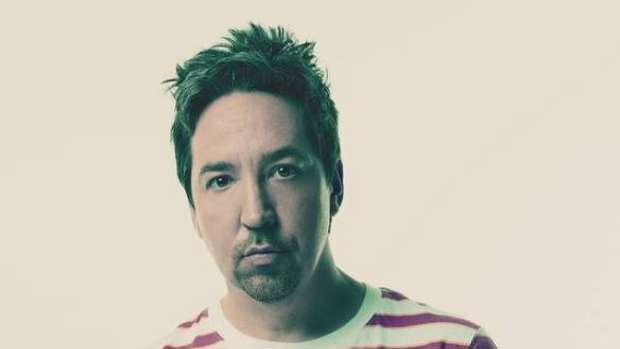 The Adults new record, 'Haja', is like nothing you've heard before. With good reason.

Unless you've spent time in Sudan and heard the joyful, passionate beats of traditional "girl's music" - known as Aghani al-banat - you really won't have heard this sound before.

Jon Toogood recalls the moment he first heard the electrifying sound, during his wedding festivities in Khartoum, Sudan.

"I was like, 'That sounds like a new M.I.A. track I've never heard before – what the f***, what is this music?' I fell in love with it straight away."

The road to recording Haja has been a long and unlikely one, beginning seven years ago when Toogood met the daughter of a Sudanese UN diplomat, Dana. She was studying in New Zealand and had shown up with a friend to a Music Month party in Britomart. Toogood and Dana got talking and connected instantly.

"As we hung out with each other it became increasingly clear that we come from two different worlds," says Toogood. "When she [told her family], 'I've met someone, and he plays in a rock 'n' roll band, he's from New Zealand,' I basically didn't tick any box on the wishlist for a Sudanese mum."

Dana's family eventually came round – and a few years later, the Wellington-born rocker was getting married on the African continent. The third day of his nuptials was a "purely female day," during which 300 women taught Dana to perform a centuries-old dance. It was during this ceremony that Toogood first heard the music of Aghani al-banat – and he was hooked.

As his wife left to undergo a costume change, Toogood found himself left alone with the band.

"So I sat down with them and I was dancing with them, and because they do a lot of hand claps, we started doing simple hand claps, call and response. And they went, 'oh, this whitey can actually keep up'. By the end of it, they stuck around and danced all night."

Toogood knew they were on to something special – and at the end of the night, he asked if he could come back to record with them. Although they were confused as to why he would want to – Aghani al-banat is usually intended to be performed live – a year later, Toogood was in the living room of Dana's family home, recording tracks with the Sudanese singers on his iPhone.

Determined to pursue the sound further, Toogood organised a recording session in a studio. But the results were less than stellar.

"The people at the studio are going, 'why do you want to record this?' And the singers were going, 'why are we here?' So I never used anything out of it," says Toogood.

But the seed had been planted and Toogood continued to develop the idea, which eventually resulted in Haja, The Adults' second record, following their 2011 self-titled debut.

The record mashes Aghani al-banat with rousing bass lines and state-of-the-art production, finding its way to an uncharted magical zone of pop, hip-hop and RnB – strengthened by Toogood's list of top Kiwi collaborators, which includes Estere, Jess B, Chelsea Jade, Aaradhna and Kings.

It's an entirely different world to The Adults' debut record, and Toogood says he wasn't always sure he could pull it off.

"There were days where I'd sent [the tracks] out to everybody, and I hadn't heard back from anybody, and I was just going, 'oh my god, I think I might have just wasted $30,000 of Warner [Music]'s money," he says.

The response may have been slow but it was emphatic – everyone thought the results were amazing.

Toogood's love of Aghani al-banat is multi-faceted. From his rock 'n' roll perspective, the rebellious spirit of the female-driven music in a military-ruled nation inspired him.

"The government's this Islamic bureaucracy; these women are not exactly what they would consider a good role model for their ideas of a Sudanese Muslim female," he explains.

"It's cheeky and quite subversive. If they want to diss someone out, they can say it. Because they're not going to get played on radio anyway, so they just say what they want."

While building Haja, Toogood was aware of his position as a white man pulling Sudanese traditions into a Western context. He couldn't turn away from the genius musicality of the project – but he knew, early on, that he wasn't going to lend his voice to it.

"I was going, 'they've got a female perspective – what if I get the females that I like from New Zealand to sing on it?' Aaradhna, Estere, Jess B … " he says.

"It's coming from a female perspective. It was like, 'for women from this side of the planet, is there a common universal theme?' We're all f***ing human, so yeah, I reckon there probably would be."