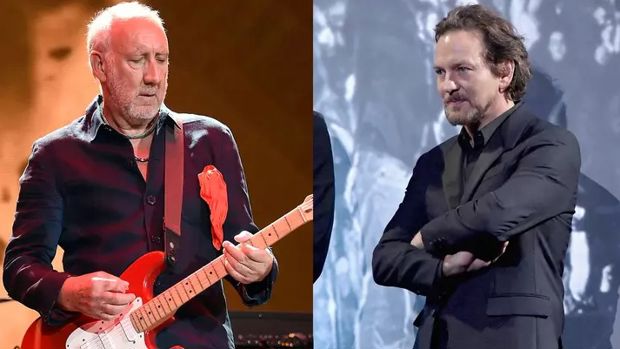 Pearl Jam's tragic concert at Roskilde festival in Denmark in 2000 started as anything but morose.

The band members took the stage with even more energy than usual after learning that their dear friends Chris Cornell and Susan Silver had just become parents to their first child, Lily Cornell Silver — "the first baby of all the [Seattle] bands," Eddie Vedder recalled.

But the celebration didn't last. About 40 minutes into Pearl Jam's set, the Roskilde crowd got out of control. A wave of bodies pressing towards the stage got more and more unwieldy. Nine fans died amidst the chaos and 26 others were hurt.

Not many musicians have experienced such tragedy at a concert. One of few exceptions, The Who's Pete Townshend, reached out.

In 1979, 11 fans were trampled to death and 40 others were hurt at Cincinnati's Riverfront Coliseum when they were caught in a stampede of people rushing to get to the front of the stage before a Who concert.

Vedder was so distraught after the Roskilde incident that he was in the "fetal position." But Townshend wouldn't accept that Vedder and Pearl Jam would be undone by it.

Watch the full conversation in the player below.

I am honored to be joined by a guiding light in my life, Eddie Vedder of @pearljam. We discuss societal and political impacts on mental health, Eddie's own experiences, and the importance of activism and empathy. Reminder to register to vote if you haven't already! To learn more about the importance of voting, especially in the upcoming November election, check out organizations such as @whenweallvote, @headcountorg, and @rockthevote For more information on guests, future episodes, and resources go to the website link in my bio 💙