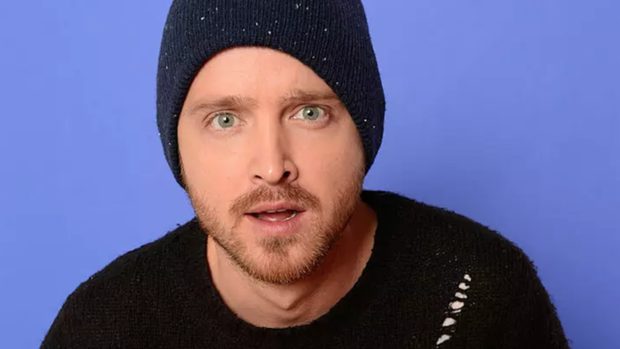 Aaron Paul may have portrayed Weird Al Yankovic in the trailer for a fake biopic, but there's an artist he would like to play for real: Kurt Cobain.

During a recent interview with NME, the Breaking Bad star declared his love for Nirvana and revealed that at the beginning of his career he would have loved to play the band's iconic frontman. “When I first moved to LA, I thought quite a bit about Kurt Cobain and what happened and I just love Nirvana – ‘Smells Like Teen Spirit’ was one of the first records I bought with my own money, so I’ve thought that could be interesting [to play Cobain],” he said.

The actor is currently promoting the third season of Westworld; however, plans halted as the coronavirus began spreading around the world. “It’s an….interesting time we’re in,” he said. “I was supposed to do a worldwide press tour for Westworld, and we were supposed to have a Brazil premiere, a big activation at South by Southwest festival and I was supposed to do some press and talk shows in New York – all that stuff was cancelled. Slowly but surely, every production is being shut down, which I think is the responsible thing to – just to try to stop this thing from spreading.”

On Saturday (March 21), Paul shared a lengthy Instagram message urging fans to help service industry workers during these trying times. "❗️We must take action now❗️ What a scary time we’re living in. It’s time to stand up and fight for what makes our communities live and breath. We need to protect the people and places that make up these beautiful communities," he wrote. "Please call your Senators and urge them to include restaurants AND their workers in the stimulus package."

❗️We must take action now❗️ What a scary time we’re living in. It’s time to stand up and fight for what makes our communities live and breath. We need to protect the people and places that make up these beautiful communities. Please call your Senators and urge them to include restaurants AND their workers in the stimulus package. This week tens of thousands of independent restaurants were forced to close their doors in the fight against COVID-19. In the matter of days millions of people in America lost their jobs. Sadly, this is just the beginning. How will these workers survive without the help of the masses? How will they put food on the table when they have no idea where their next check is going to come from? What’s happening today came out of nowhere and people need our help. The restaurants, cafés, coffee shops, small diners down the road and that make them function - tare the places that make up our towns, cities, states and our entire nation. These people need our help. You can help. We have asked our leaders to pass legislation funding the come back of this industry. Please call your representative and senators and insist that help be given not just to big corporations but to independent businesses and the people that make them run too. This is the only way to protect the people and places you love. We simply will not make it without your help. #TooSmallToFail